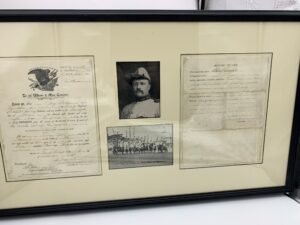 DISCHARGES THE “CHIEF TRUMPETER” OF THE ROUGH RIDERS

“to WHOM it May Concern, Know ye That Clay Platt Chief Trumpeter of the First Regiment of United States Cavalry Volunteers, who was enrolled on the Twelfth day of May, one thousand eight hundred and ninety-eight, to serve two years, or during the war is hereby DICHARGED from the service of the UNITED STATES, by reason of the muster out of the regiment. – 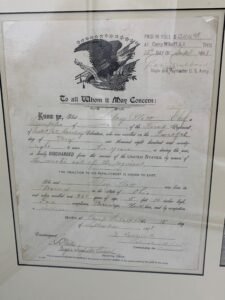 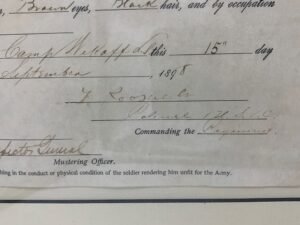 The second page is headed: ‘MILITARY RECORD’ and reads:

Remarks: [Here T.R. has penned:]   A good and faithful soldier 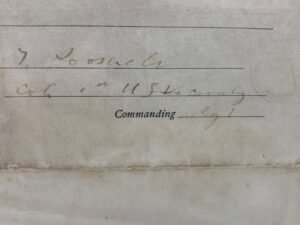 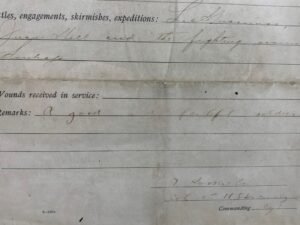 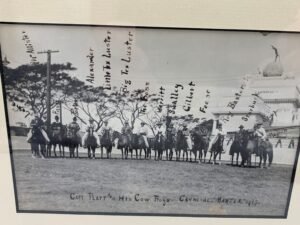 These two pages are matted and framed in a simple black wood frame, with a bust length picture of Roosevelt in his U.S.V. Rough Rider uniform centered between the two leaves.  Under that image is a photograph of Platt and 15 other mounted men on horseback, that is captioned: “Capt. Platt, and his Cow Boys Carnival at Manila [Philippines] 1915”, with each individual identified above their image.   Evidently Platt had returned to the US Army after his involvement in Cuba.   Also accompanying the above is Platt’s handwritten “Last will and Testament” dated June 24, 1935 [referring to him now as Major Platt], and two other photographs that document other parts of Platt’s life.

A remarkable grouping of items!  Most people are familiar with the story of T.R. and his Rough Riders, but these documents bring it to life in a way which few things can.  In our many years of dealing with the finest historical letters and manuscripts, this is the first time we have had the privilege of offering a discharge for a soldier who served in battle with Roosevelt and his Rough Riders at San Juan Hill.