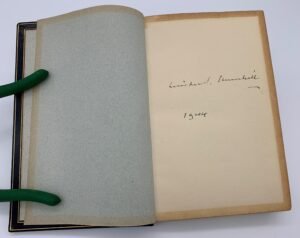 CHURCHILL’S SPECIALLY BOUND COPY OF ‘THE END OF THE BEGINNING’

THIS IS ONE OF CHURCHILL’S OWN SPECIALLY BOUND COPIES THAT WERE DONE AT HIS REQUEST AND FOR HIM BY SANGORSKI AND SUTCLIFFE FOR HIS OWN BOOKSHELVES  AND, IF NEEDED, FOR PRESENTATION.

Blue moroccan leather covers, five raised bands with gilt lettering of the title on the spine, gilt ruled to the front and rear panels, inner dentelles, gilt top to pages. Some light toning of the war-time paper on which this was printed, as expected.  The special binding was done at a book bindery that was founded by Francis Sangorski and George Sutcliffe in 1901, and was a leading London bookbinder and, like Churchill himself, endured the First World War, the Great Depression, the Second World War, and post-war austerity. They were considered the “Rolls Royce” of binders.  Superb condition throughout.

‘The End of the Beginning’ chronicles the turning point of the war, following victories at Alamein and Stalingrad, and the North Africa landings.  These are the war time speeches Churchill used to motivate and spirit his people forward to victory.  The title clearly reflects Churchill’s understanding that the darkest days were over and that final victory was near.  We have seen just a handful of these ‘specially bound’ copies offered for sale in our many years of experience, and while Churchill signed books are not ‘rare’ by any stretch of the imagination, these ‘personal’ copies of his books bound this way, enter into the entirely ‘ultra-rare’ category.  Simply superb, and worthy of inclusion into the finest of book, WW II, or Churchill specific collections.  One of our “Best of the Best”. ™ 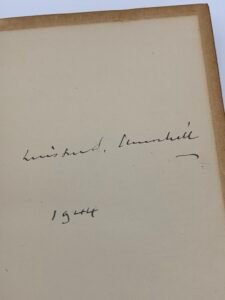 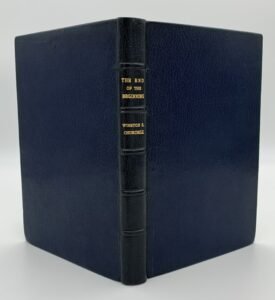 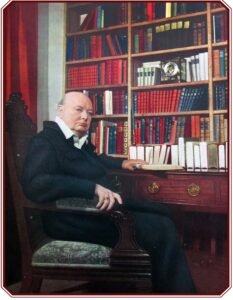