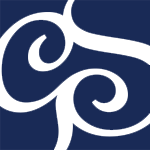 THE INVENTOR OF THE REVOLVER

Samuel Colt first got the idea for his revolver as an apprenticed sailor on a voyage to India in 1830.  Studying the ship’s wheel, he realized how its spokes were always lined up with a mechanism that locked the wheel into place.  Colt believed he could apply the same theory to a gun, effectively creating the revolver.  Though he received a patent in 1836, Colt didn’t start production of his own manufacturing plant until 1847.  The onset of the Mexican War spurred the U.S. government to order 1000 firearms from Colt, putting his new business to the test.